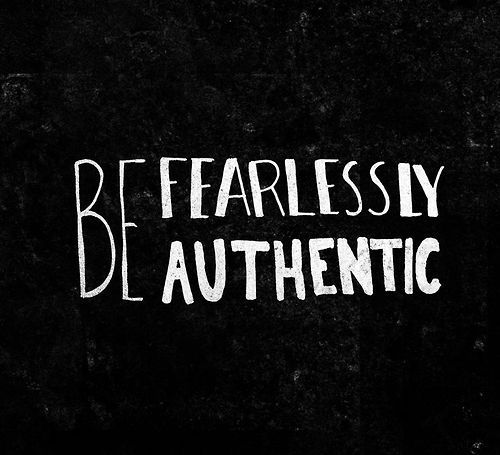 Are You Showing Symptoms of the “Me Too Iguana Syndrome?”

By Shannon CarlisleNovember 30, 2016I Love Me, Personal Development
No Comments

Iguana had a lovely green color… a bumpy long tail… and an apartment…AND a balcony with a tree growing on it. But Iguana wasn’t satisfied with all that she had. Whatever anybody else had, she wanted it too. -excerpt from Me Too Iguana- 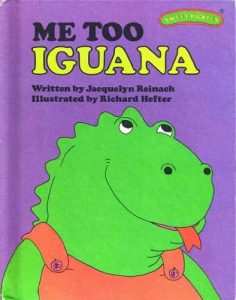 When I was a little girl I had several books that my parents gave me. Most of them were picture books with lessons about character and personality traits. I had other books too, but the ones that talked about character are the ones I remember the most. My favorite one was called Me Too Iguana and it was about “Imitating Iguana” that wants to be just like everybody else. I used to have Me too Iguana syndrome, until I realized that it’s soooooo exhausting trying to be like anybody other than me.

I’ll give you the short version of the story… Iguana is already a fantastically beautiful creature, but one day she goes out and sees other people and wants to be like them. She sees that elephant has a trunk, zebra has stripes, and goose has feathers. She decides that she wants to have all those things too, so she paints stripes on herself, glues feathers to her body, and make a fake trunk to imitate her friends. All these things seem harmless until she sees stork can fly and SHE wants to fly too! He friends catch wind of her trying to be like everyone else and realize that it’s a problem; she could really hurt herself if she tries to fly like stork. Her friends decide to devise a plan to help her because after all, why would iguana want to be like everyone else? In the end her friends have a costume party and all dress like her to show her how beautiful she is and why she should want to be herself and not like anyone else. Watch the clip at the end for the entire story.

Does this sound familiar?

Looking at others and wanting to be like them in some way? Do you ever find yourself scrolling through Facebook and seeing “how well someone is doing” and wish me too! I want that too! It’s so tempting to compare ourselves to others and wish that we could be where they are or have what they have, but that is a trap. It keeps you from embracing your OWN authenticity. It also is a joy thief because you spend so much time trying to be this other thing that you miss the opportunity to pursue your purpose. You will come to know that I’m not a huge fan of the words purpose or passion (and I’ll explain later), but you have your own message, gift, or impact that you’re supposed to make. Trying to imitate someone else is diluting YOUR message.

One of my good friends posted on Facebook “I’ve had so many opportunities come my way simply by being myself.” Another friend went in for a job interview and did something she’d never done before which was present herself as honestly as she could (sometimes we try to fluff things up a bit). She said that it was important for her to be able to be herself at this job because it would allow her to do the very best she could for the company.

One of the reasons we can’t figure out how to have more meaning in life is because we are trying to do “someone else’s thing.” There is a lack of enthusiasm when the project you’re working on, the music you are trying to make, or the business you are trying to start doesn’t align with your true authentic self. We can’t do what we want to do because we don’t know who we are and how we want to have an impact in this world. Instead of trying to be like others, have some introspective time.

Before you begin your next project think about these two questions…

What is my core message?

What is it that you want people to know or be able to do? Is there a need you’re trying to meet? Is there a social change that you wish to see in the world. You core message is that “thing” that you want to share with the world. Once you identify that, possibilities open up for you. You begin to see resources you previously missed. Let’s not mistake authenticity for originality either. You could very well have a similar core message as someone else, but the way you bring it to life may be just the medium someone else needs.

How can I present myself as authentically as possible?

Your core message will have a much greater impact if you present it as yourself. People can spot a fake in a minute. This society lacks individuals that are willing to honestly present themselves. Also, the people that you are trying to reach wont get the message because you are trying to imitate someone else. This world needs you, not another imitating iguana. There is someone WAITING for you to be yourself and express your message you they can be liberated.