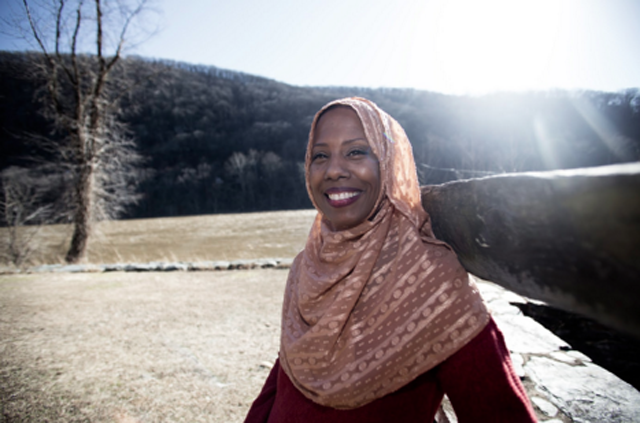 By Cordelia GaffarFebruary 13, 2017This Woman Knows
No Comments

Is the Hijab a symbol of oppression?

In America and most of the western world, the hijab or the head covering worn by Muslim women is advertised as a symbol of oppression. They say that women are forced to wear it by their male relatives. The fact is there are two verses in the Quran, that mention modest dress not just covering the head but obscuring the shape of the body and walking discretely as an honor to women and men who love their Lord. When I chose to become Muslim almost twenty years ago, I went shopping first to make sure that I had my hijab and jilbab. I couldn’t wait to proudly display my love for God (Allah).

But where does this belief that it or any head covering is a sign of oppression?

The fact is that for centuries in parts of Africa head coverings have been a symbol of status and unity. Women were and in some places still are very creative with their headdress. In Muslim countries and amongst Muslim women, the hijab again is a symbol of a deep relationship with her Lord. In the Catholic Church, nuns wear head coverings and are considered holy and devout. So where did this notion of oppression come in?

Enter the History of head coverings in America

Sadly most Americans are not taught the complete history of the world or even their own country. During the time of slavery, enslaved women were forced to wear head coverings as a sign of their status, subservient and less than human.  However, since the enslaved were from a place where covering the head was an honor not to mention at least 20% of the enslaved population were Muslims, it was worn proudly. In that era, there was a good sized free African population in the colonies of which some had Black codes or Code Noir. Virginia and New Orleans, in particular, forbade mixing with Africans or people descent from Africans free or enslaved. In New Orleans, over time a prominent and affluent Creole, the result of French and African mixing, population surfaced. Creole women were more stylish than most and sought after for their beauty and wealth. Once again to oppress the women of color, a Tignon, head covering specific to all women of color enslaved or free, law was put in place to remind them of their status. These women rebelled by continuing to make it stylish and colorful. In unity and sisterhood, they wore the Tignon as their African ancestors and queens. To these women, it was a symbol of sisterhood and unity and not a sign of oppression.

So is the Hijab a sign of oppression or is the distant memory of past laws and the former attempts of oppressing women of color corroding the hearts of bigots? After centuries of trying to take a thing of beauty and piety into something irreverent and shameful has not squashed the meaning. Even today in the age of mass information the symbol is tarnished to further miseducation the ignorant. But women still rise despite ethnic, religious and racial barriers against oppression evident in the national Million Eomen’s March and continuing locally with more efforts.

In my work with women, I bring them together in their health journey. We bond to take better care of our bodies, change our mindset surrounding them and take our health care into our own hands. To join that sisterhood be part of the Stress Free Sisterhood.

A published author, fit my of six on a mission to help mothers take a stand for their health by using food as fuel and movement as an energizer. I have created a total system of self-nurturing called Workout Around My Day. Connect with Cordelia on her website.