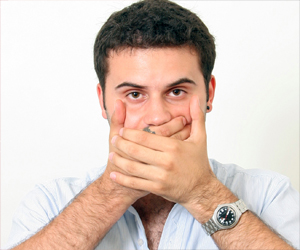 Loving Me Means I Get To Speak My Truth 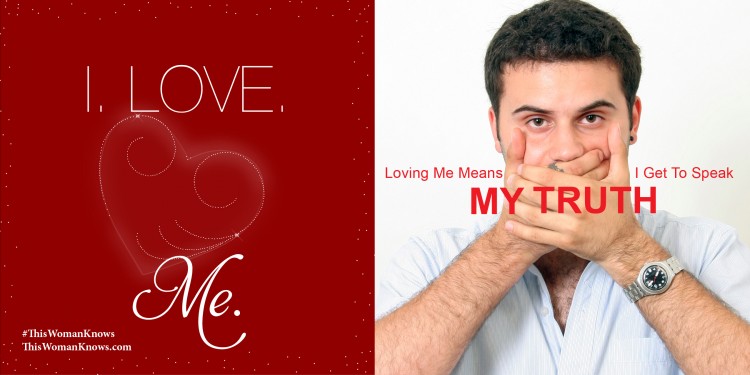 Here’s what I know for sure…when you’re non-confrontational and a little bit of a passive aggressive…people will speak all manner of crazy to you because they know you won’t verbally respond. They may have their work/project sabotaged later but you wouldn’t dare speak your mind because somehow it’s not Christ-like to be confrontational but sabotage/getting even is OK?

If you’re a Christian, you’re probably aware of the Bible’s teaching on the power of tongue and what an unruly member it is and how truth should be spoken in love.

For the non-confrontational group, speaking up is equivalent to the introvert having to deal with a whole lot of people at once. You’re so outside of your normal that you want nothing more than to get centered again and back to your own place of normalcy.

I was a non-confrontational person and could mess you up with some passive aggressive behavior. I never forgot and waited for an opportunity to lower the boom. [Sidenote: Might I add that this behavior can  set you up for a divorce if left unchecked because you’re not fighting fair. You’re not dealing with what’s present but an infraction that may be days, weeks, months and even years old.]

I felt like a fish out of water, almost sinful when I had to defend myself because you know you’re supposed to hold your peace and let the Lord fight your battle.

Here’s what I’ve learned…loving me means I unashamedly (sometimes with my knees knocking though) get to speak my truth.

How so and how is that biblical?

Let’s take a look at Jesus.

Jesus pulled no punches when it came to the  Pharisees and Sadducees. Remember his diatribe that started, “Woe you vipers and hypocrites?”

Jesus seemingly threw shade (slang for hurling an insult) at his disciples when he asked them, “Are you still so dull?”  (Matthew 15:16) That one still makes me say ouch!

Then there’s his moment when he called folk “children of the devil” because they would not listen.

Jesus didn’t hold his tongue. He spoke His truth as needed and with lots of wisdom. You’ll notice that whole, “woe you vipers and hypocrites” speech was made in the presence of many (Matthew 23). Who does something like that in a private setting…when there’s more of them than you?

Yet there are also times he kept silent…like just before the crucifixion.

So what am I saying? Speak up? Be quiet?

I’m saying this, loving yourself means you speak your truth as needed.

You don’t go looking for fights but you have an answer for any man who asks you something.

You don’t back down from your truth because it feels uncomfortable or is seemingly controversial.

Some people are just outright combative and look for opportunities to shame the non-confrontational.

Speak your truth and walk away or hang up the phone or change the subject or go get some punch if you’re at a public function.  You won’t win against someone who has spent their entire life out to win every argument. The Apostle Paul says some folk have an “unhealthy interest in controversies and quarrels about words.” Let them go find someone else to spar with.

When you speak your truth, you don’t get in your car or get home and say, “I should have said.”

When you speak your truth, you don’t beat yourself up and talk crazy about yourself to yourself.

When you speak your truth, you release truth and it’s not bottled up inside making you physically ill.

Speaking your truth is one of the most loving things you can do for yourself. Then you’re not choking on words that you should have said. Those words don’t then become poison to you because you needed to release them.

It’s OK to give voice to your truth.

Lisa N. Alexander is the author and founder of This Woman Knows and What Million-Dollar Brands Know. She is a women’s leadership speaker and marketing consultant known as The Marketing Stylist™. She speaks on topics ranging from women’s empowerment to successfully marketing your business and uses her wit and humor to inform and entertain audiences. For booking information please visit www.LisaNAlexander.com.