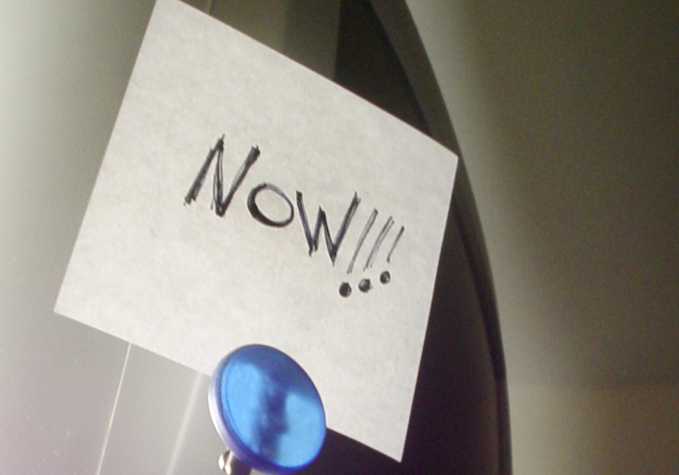 But I Want It Now

After lots of failed attempts, this year, through a combined family effort we have a producing garden! I’ve been harvesting the tomatoes, the lettuce, the bell peppers, and the okra. The lemons still look like limes so that’s gonna take a little while longer. It’s the cucumber that had me puzzled. 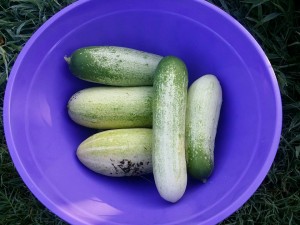 I was pretty sure I’d planted regular salad cucumbers but they never turned fully green. I couldn’t find the seed packet to confirm what I had purchased. They kept getting bigger, but there was no change to their color. I thought perhaps I’d bought picking cucumbers instead of the variety we’re all accustomed to so I harvested them.

They definitely weren’t done and needed more time on the vine.

I later found the seed packet and the picture on the front confirmed that I had indeed bought green cucumbers. 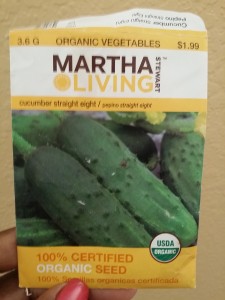 I just needed to wait them out.

I got anxious and wanted to pair the cucumber with the massive amount of salad greens we’re growing.

But I’m going to have to wait.

They’re not ready till they’re ready.

To pick them beforehand wastes a perfectly good cucumber in the making.

We tasted one of these unripened cucumbers and it’s the most bitter thing you’ve ever eaten. Hubby and I spit it out immediately. There was no saving them since I had already picked them so in the trash they went. I thought I would use them for pickles or relish but that would have been cruel!

The lesson here is pretty obvious.

No matter how anxious you are, somethings require you wait. It means sitting there looking at it on the vine, wanting it but knowing you can’t have it yet. To pick it to soon is to destroy its use and purpose. Let it stay on the vine till it’s done and then it’s yours to enjoy.