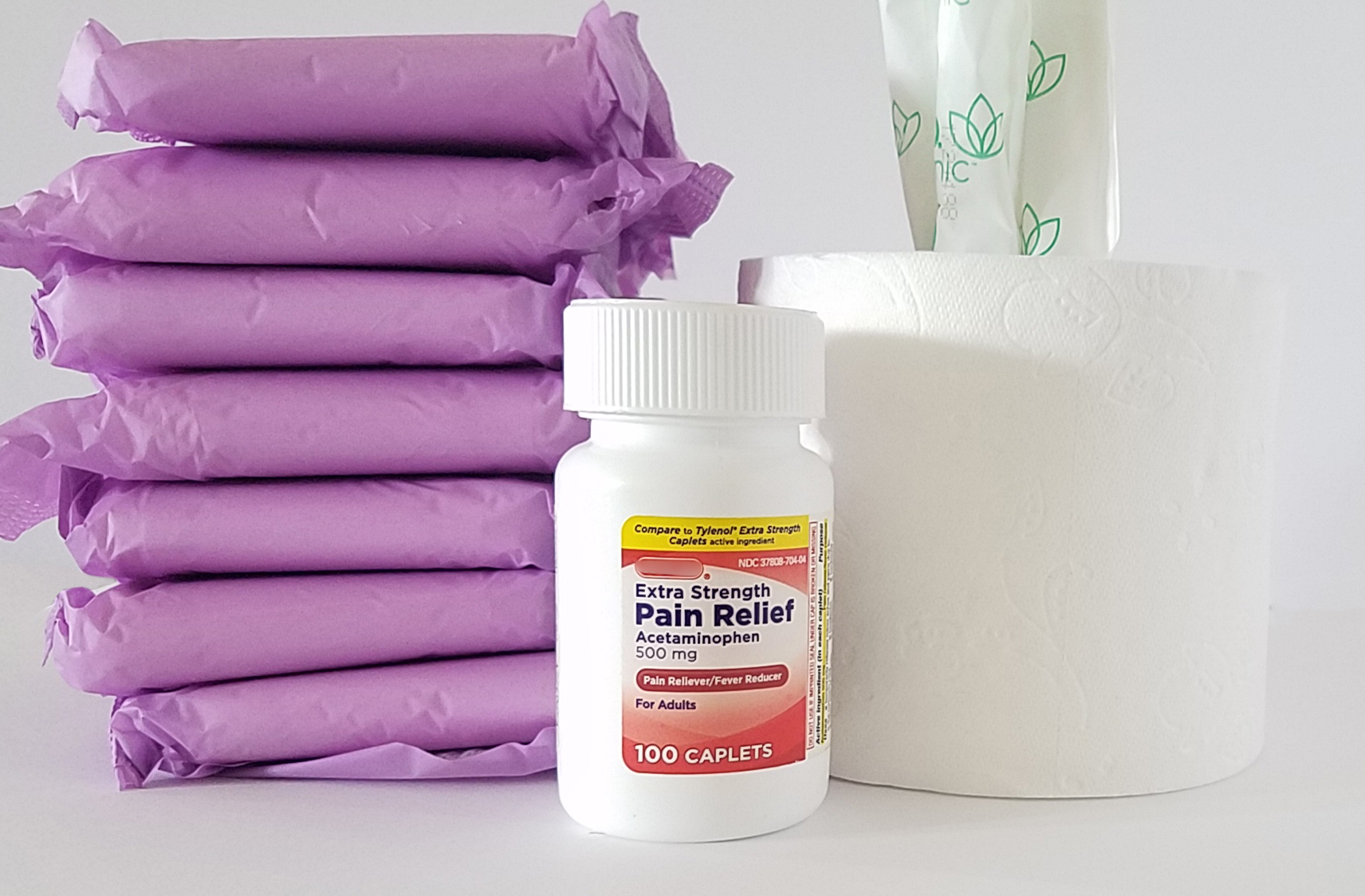 ­­­When you are a woman living with fibroids, many are accustomed to wearing the longest and most absorbent pad on the market or a combination of a super heavy rated tampon and corresponding pad. When a friend jokingly said she goes through two pads a day, I honestly hated her for just a moment and pondered what life would be like with a normal period.

I wondered what it would be to not need a heating pad to ease menstrual pain or use a box and a half of tampons every month. I’d love to give up my daily iron supplement regimen to help battle the anemia I experience which is a result of heavy periods.

Fibroid study and treatments have advanced in the last decade. When I first learned I had them, the normal course of treatment was a hysterectomy. I never gave the fibroids a second thought and living with a heavy, painful period became a fact of life. This doesn’t have to be your reality. You don’t have to wait for menopause as I did.

Fibroids, according to the Office on Women’s Health, are muscular tumors that grow in the wall of the uterus and are almost always benign (not cancerous). They can grow as a single tumor, or there can be many of them in the uterus. They can be as small as an apple seed or as big as a grapefruit. And in unusual cases they can become very large.

And there are several types of fibroids. Healthline.com lists them as:

Intramural fibroids — Most common. They appear within the muscular wall of the uterus, can grow very large and can stretch the womb.

Subserosal fibroids — These form on the outside of your uterus and can grow large enough to make your womb appear bigger on one side.

Submucosal fibroids —These types of tumors develop in the middle muscle layer of your uterus. Submucosal tumors aren’t as common as the others.

According to the National Institutes of Health (NIH), about up to 80 percent of women have them by the age of 50. Many may be unaware because their fibroids are not symptomatic.

The Mayo Clinic also sites that things such as the onset of menstruation at an early age; use of birth control; obesity; a vitamin D deficiency; having a diet higher in red meat and lower in green vegetables, fruit and dairy; and drinking alcohol, including beer, appear to increase your risk of developing fibroids.

How Do You Know You Have Them?

The painful, heavy periods were a tell-tell sign for me. My doctor confirmed I still had fibroids when I was pregnant with my second child. Fibroids usually don’t interfere with reproduction. However, according to the Mayo Clinic, fibroids — especially submucosal fibroids — could cause infertility or pregnancy loss. Fibroids may also raise the risk of certain pregnancy complications, such as placental abruption, fetal growth restriction, and preterm delivery.

I was able to deliver two healthy babies even after experiencing partial placental abruptions.

If a woman is not planning on getting pregnant soon, birth control pills are often prescribed to help control heavy menstrual bleeding. Another medication, a gonadotropin-releasing hormone (GnRH) agonists decrease estrogen and progesterone levels in the body, which helps to shrink fibroids and reduce uterine bleeding. Progestins are synthetic versions of the hormone progesterone that thin the lining of the uterus and may reduce heavy menstrual bleeding associated with fibroids.

It was once very common for women, particularly Black women diagnosed with fibroids to have a hysterectomy—a surgery that removes all or part of the uterus. A study in the Journal of Women’s Health found that African-American women are 2.4 times more likely to undergo a hysterectomy, have higher uterine weights, more fibroids, a higher likelihood of preoperative anemia, and more severe pelvic pain.2 Now, there are less invasive procedures to help women living with fibroids. No longer is the complete removal of one’s uterus the only option.

In this procedure, the doctor cuts the blood supply to the fibroid, so it shrinks and dies through freezing, heating, or radiofrequency energy. According to WebMD, this procedure works best for small fibroids. This could cause scarring or infection in the uterus, which could affect fertility. If you are wanting to get pregnant, tell your doctor so you can weigh the risks and benefits. The “Do I Need Surgery for Uterine Fibroids?” article on WebMD also lists the following procedures:

If you have really heavy periods but your fibroids are small, you might need endometrial ablation. It removes or destroys the lining of your uterus.

This procedure doesn’t involve any cuts to skin or abdomen but is done through your vagina. It can be done many different ways, such as with a laser, boiling water, electric current, freezing, and more.

You should only consider it if you don’t want to get pregnant in the future. Depending on the procedure, you may be able to have it right in your doctor’s office. Recovery is usually quick, and you might have a lighter period or no periods at all after surgery.

If you think you might want to get pregnant in the future, your doctor might suggest a myomectomy. This surgery removes the fibroids but leaves healthy tissue of your uterus.

Depending how many fibroids you have, how big they are, and where they’re located, your doctor has three choices for how to do the myomectomy:

Abdominal. This operation is needed if your fibroids are really large, you have a lot of them, or they’re located deep inside. You’ll get general anesthesia, so you won’t be awake during the procedure. The surgeon will make a cut in your lower abdomen to remove the fibroids. She’ll then sew your uterine muscle back together.

Laparoscopic. During this procedure, your surgeon makes small cuts that let her use tools to remove the fibroids.

A Facebook friend who lives with fibroids changed her diet and became vegetarian for a full year. The results? She said that her periods, while still heavy are not nearly as painful. She credits that to the change in diet. Holistic and alternative approaches can and do help women with their symptoms.

Changing what and how you eat is normally the first holistic approach to treating fibroids that yields positive results.

I’ve learned that knowing you’re not alone or the only one going through something, whether it’s fibroids or any other condition, does wonder for mental health. There are organizations such as The Fibroid Foundation that offer support groups for women living with fibroids. There is also a myriad of groups on Facebook you can join.

What’s important is that you get the most accurate information, be wonderfully supported, know your body and talk to your doctor. Between you, your significant other and your doctor, you should find a treatment plan that works for you and your reproductive goals.

Fear doesn’t have to keep you hugged up to the heating pad every month. We have so many options now in the treatment of fibroids. Enduring the pain every and battling anemia until menopause is suffering done needlessly.