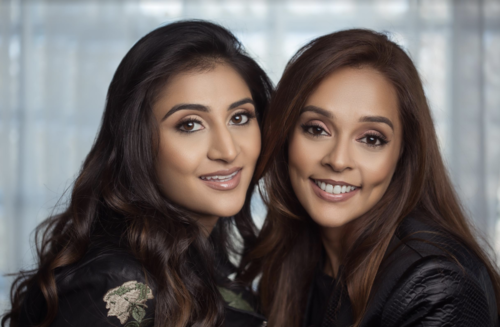 By This Woman KnowsJune 19, 2019Business
No Comments

Two high-spirited women are taking on the male-dominated liquor industry with a smooth tequila from Mexico called FINO, made from 100% weber agave and no additives. Owned by Chicagoentrepreneurs and best friends Jana Iyer and Sonali Patel, FINO recently earned the 2019 Platinum Level Consumers’ Choice Award at the SIP International Awards.

Iyer and Patel began importing this Mexican tequila they named FINO in 2018. In just 12 months, the product is now being sold in popular liquor stores, premium bar and restaurants in three states:  Illinois, Washington, D.C. and Maryland. The company has doubled in sales within the first six months.

Close friends for years and successful in other areas of business, Iyer and Patel had no experience in or knowledge of the liquor industry when they were introduced to an agave farm in the highlands of Mexico. The duo became transfixed with the farm, the natural process it used to create the tequila and it’s smooth, easy taste.

Patel’s father, Nick Patel, a successful entrepreneur and founder of LA TAN, inspired his daughter and friend to tap into the spirits industry with a woman-owned brand.

The friends named the product FINO which means “fine” or “smooth” in Spanish. The name FINO also carries a deeper meaning for Iyer and Patel: Failure Is Not an Option, harkening back to the same words reportedly spoken during the 1970 Apollo 13 mission.

Iyer and Patel’s’ goal was to create a super smooth and easy tequila for consumers to sip and enjoy. They refer to it as an ‘entry level’ drink for people that typically do not enjoy tequila. This smooth, distinctive, clean drink has three variations: Blanco, sometimes called the ‘no hangover’ drink, Reposado and Anejo which are aged in whiskey barrels which give these expressions an oaky, spicy, but still very smooth flavor.

Paving the way for women in the liquor industry, Iyer and Patel are carefully choosing women to support the many aspects of their business – from bottling to packaging to sales. They aim to empower women through their passion and commitment to FINO.