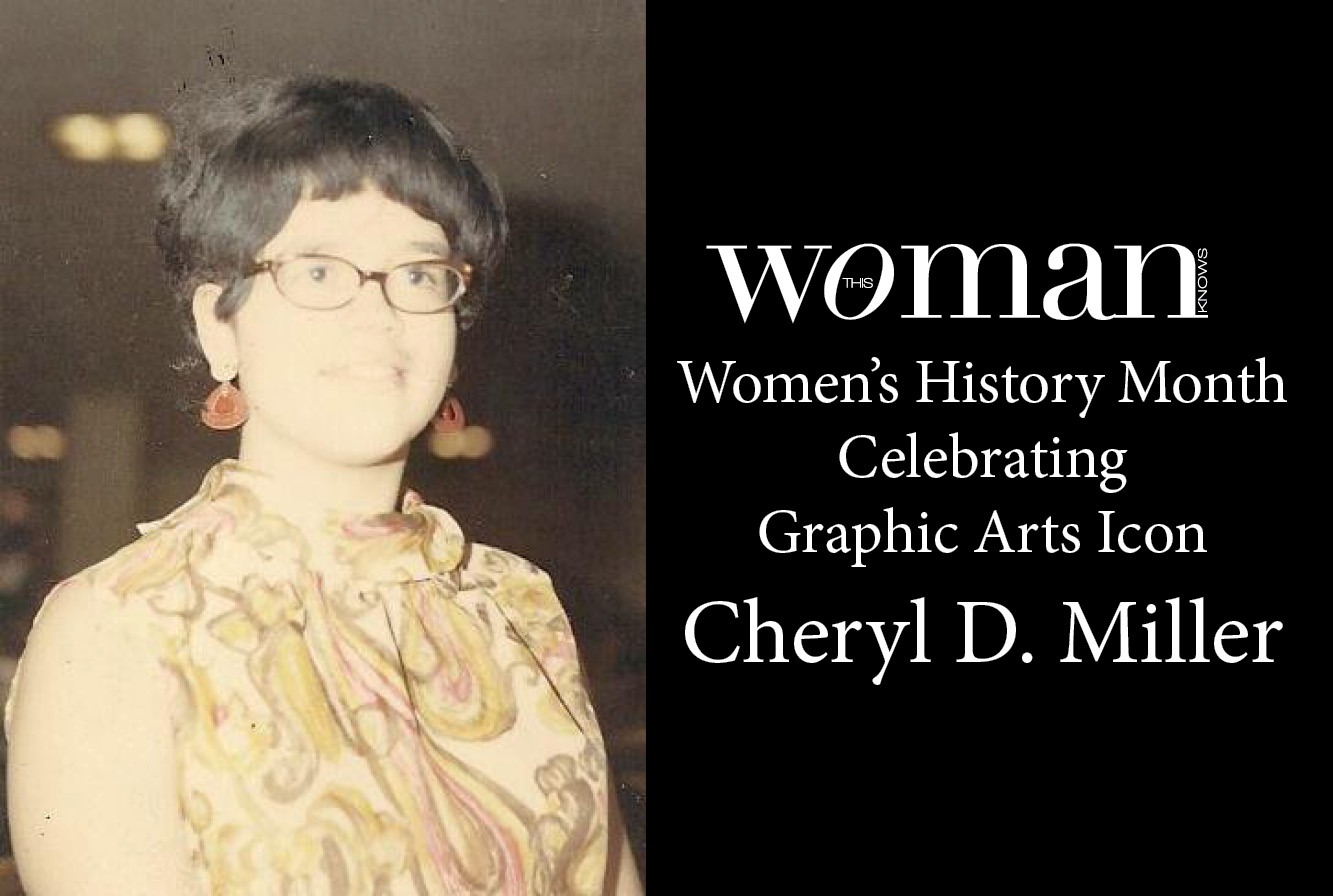 By Lisa N. AlexanderMarch 7, 2017Business, This Woman Knows
No Comments

I didn’t learn about her until I moved to Texas.

She had been featured in yet another magazine article and someone mentioned her to me and I was amazed.

Here was an “African-American” graphic designer who had made her mark in New York City. I say African-American because that’s how she identified herself then. Today she knows differently, but I’ll get to that later.

I knew she had to be included in my salute to women who made a difference during Women’s History Month. I was frustrated when I couldn’t find anything online about her and her contributions to an industry that’s just as male dominated as the day she retired from the design industry in the 1990s.

I found her and had a chance to chat with her. I was the obvious student in the room and it was best for me to simply shut up and listen. I learned a lot that day and I’ll share why her contributions can’t be forgotten. 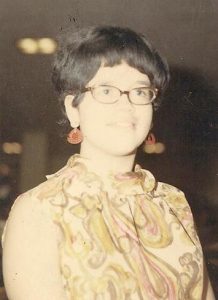 Bishop Cheryl D. Miller formerly of Cheryl D. Miller Designs New York, Inc. was a pioneer in the graphic arts industry in the 1970s and 1980s. She was quick to point out that I had to put her in the right setting. She grew up in the 1950s when you were either black or white. She grew up in the Mid-Atlantic and watched Blacks migrate north from the South. As a child, she was sitting at the kitchen table when she learned of Dr. Martin Luther King’s assassination. She witnessed and lived through segregation. She was one of the first Blacks to enroll in The Rhode Island School of Design and graduated from The Maryland Institute of College of Art. She completed her graduate degree at the Pratt Institute, New York.

She spent a lot of time growing up alone. And it was in that alone time that she discovered and learned who she was. To say Bishop Miller was and is audacious would be an understatement. In talking with her, I realized that what takes some of us years to learn, she learned in those alone times. And to accomplish what she did, she would have to know and know it early. She would have to know because she would have to create her own opportunities and confront racism head on.

Bishop Miller was the best at what she did and in her own words, was one of the few women of color recognized in the graphic arts industry. Her nearest female contemporaries were at least 20 years her senior. She owned every bit of being the best and brightest especially coming right out of the Civil Rights Movement. She was a young woman on fire.

Bishop Miller had become well known in a short amount of time. So much so, a young man came to her desk at the TV station where she worked and asked her if she could make a star on a test card. Of course, she could. She made the star and showed it to him. Then he asked if she could draw the letters B, E, T underneath the star. She had just created the first logo for Black Entertainment Television and the man at her desk was Robert (Bob) Johnson. She laughed with amusement as she told me she worked with a very young Gayle King who was beginning her own career as a production assistant at the same station.

Bishop Miller went on to take New York by storm.

Her client list is impressive. She’s worked with Lou Slovinsky of Time Inc. and other Fortune 500 clients. She built and designed televisions sets for Howard University and Essence Magazine. She oversaw the national campaigns for organizations such as UNCF, the Urban League and the National Black Caucus. She even did album covers for the gospel singing group The Winans and ministry promotions for the acclaimed Rev. Jacqueline McCullough.

Her house specialty was creating annual reports that paid her well. She’s taught and trained designers throughout her years and in the 1990s she was called by God to leave it behind. 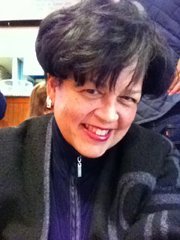 She has enough awards to wallpaper wall after wall and in her basement lives samples of all of her work.

She championed African-American causes, lived and bore the weight of being a Black woman when in fact she’s of Filipino descent. She reminded me that back in the 1950s you were either black or white. There was no such thing as mixed race heritage. Bishop Miller finally learned the truth about her multiracial and multicultural heritage and has written a book about her journey. Her memoirs, Black Coral, will be released in the early fall. She is coauthor in the anthology Dream Again published by Habakkuk Publishing Inc. to be released in May.