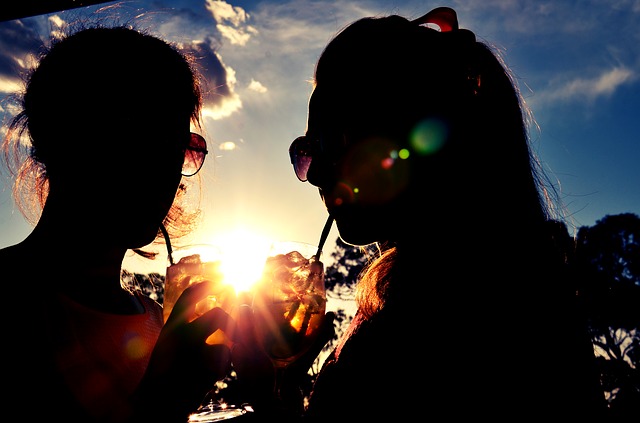 How I Became Friends With The Other Woman: The Power of Forgiveness 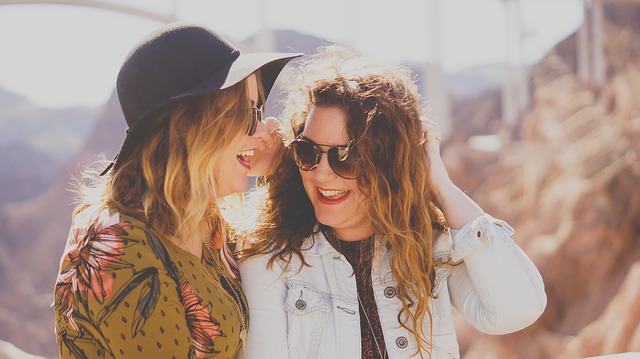 There was no way we should have become friends. She was the one that my husband (well now ex) had cheated with. I couldn’t believe another woman would willingly be a part of this – fully knowing that her actions were hurting another. That was the version in my head, however, it’s never this simple or black and white. She was supposed to be my enemy. My friends heard me rant about how she was just not good enough for him. About how I was so much better. How I was thinner, hotter and smarter. Everything – I was just better in all ways. I was the woman my ex should still be with. In my hurt and anger that is what I told myself. I was supposed to hate her forever. I wanted to hate her, and yet for some reason, I couldn’t.

It didn’t happen overnight and it took a great deal of healing to realize that I wasn’t better. That she wasn’t really the cause of my pain. She was just as beautiful as I was. She was also a person who had fallen in love. Was it her fault? Yes and no. It wasn’t her fault that she had fallen in love with the man that I was supposed to spend the rest of my life with. No, that wasn’t it. It was her fault that she chose to become involved with a married man, however. She had her reasons. We all have our reasons and sometimes the heart causes us to do things that are selfish. Or we simply want to believe that what we are doing is OK and not hurting anyone. We want to believe the story we are being told or are telling our self. I wanted to believe that she was an evil and selfish person. And then one day I heard the other side of the story.

After about eight months since the affair, I received a message. A very surprising and out of the blue message. It was from her (the other woman). I will call her Sarah. Sarah was in pain. Sarah was hurt and wanted answers. Sarah had inevitably become me and her only source of solace was to find out the truth. And that truth was hidden within my own pain.

I was still jaded and hurt. Why on earth did Sarah deserve answers? I was however curious. Who was this other woman who my husband had left me for? Who was the woman who had successfully destroyed my life?

My friends told me to leave well enough alone. Not to engage. My curiosity, however, couldn’t resist and I agreed. I also wanted answers. These answers could help with my own healing process. These answers might help me escape the current emotional turmoil l that I was in.

A week after Sarah had contacted me, we met.

As I approached her, I was suddenly struck by an odd feeling – a cascade of empathy ran through me and I had no idea why.

I forgave her, for in some way she could have been me. I forgave her and in each other we found healing. In each other, we found that although love hurts, love can heal too. We found a common bond that only two women who have been betrayed can have, for he had also betrayed her. Instead of finding an enemy, I had found a friend.

It takes courage: It takes a great deal of maturity and forgiveness to not hate the other woman and realize that it’s not her that you’re really angry at. The pain and hurt that comes from a breakup can be the pain from the loss of the dream that you once had. Take a moment to see the blessing in forgiving and listening. Offer her your ear and share your story, your emotions and your courage together. She’s a woman just like you, who fell in love. Look at the gifts, rather than the sorrows. This may not work for everyone or in every situation. Each story is unique and even if you can’t meet face to face, try to forgive in your own heart. This will also aid your healing and give you release.

Heal together: Take this as a unique opportunity to heal. Having her in your life can answer the questions you’ve been wanting to ask your ex but never got the answer from. Your friends can give you advice and be there for you, but unless they have gone through it, they cannot walk in your shoes. Here is someone who can completely understand your sense of loss and who has now walked in your shoes. You can actually help each other to move on. So ‘go out on the town’, have a girls night and watch sappy movies together until you feel better.

Everything is meant to be: If you can look at this experience from outside your personal box, you may bypass some very heavy karma. By forgiving, not only do you heal, you also close the loop of karma. Or in Christian terms, you can “do to others as you would have them do to you.” (Luke 6:31). Being able to look at someone who has caused you pain and suffering and say, “I forgive you, you are my sister,” is following God’s law. It takes a certain kind of woman and a maturity on both sides to be able to do this. For whatever reason, this was meant to be.

Your person is still out there. This may be difficult to accept, but it simply wasn’t meant to be for either you or the other woman. Both of you deserve more and someone else is out there for you. This may be hard to believe but it’s true. The fact that someone can have an affair, be with another woman for a few months and then go and do the same thing all over again, means that there’s nothing wrong with either of you. There is something wrong with him. He is suffering from his own karmic pain. There is also a great healing in forgiving him as well. There are two sides to every story and there is no point in blaming or regretting.

Try not to get caught up in the temptation of ex-bashing: As much as you both want to, this is always a bad idea. Rather than gossip about all the pain this person has put you through and what a terrible person he is, talk about the memories that you created. Focus on the good and when focusing on the painful, share what you can learn from, rather than falling into revenge seeking. Find solace in each other’s views and look forward to a future with a man who holds the same principles as you – love, faithfulness, and honesty.

Today, Sarah and I have bonded and are friends. Today, we have turned our anger into empathy towards our ex. We see that he is actually in more pain than we are. We see a person who is in so much pain that he became destructive. We don’t wish him ill will. We empathize and hope that he may find happiness again. Forgiveness is powerful and can lead to amazing changes.

For more stories on love’s awakening visit my website: www.petravalica.com

Or Join my Facebook group for weekly inspiration: https://www.facebook.com/thejourneytraveler/

Petra Valica  is a writer, spiritual seeker and awareness coach. After rigorous study with a martial art Master, she was taught the principles of the Way through meditation and eventually came to a point of stillness and peace. Petra’s goal is to help others in their quest for awakening and self empowerment. Connect with Petra on her website