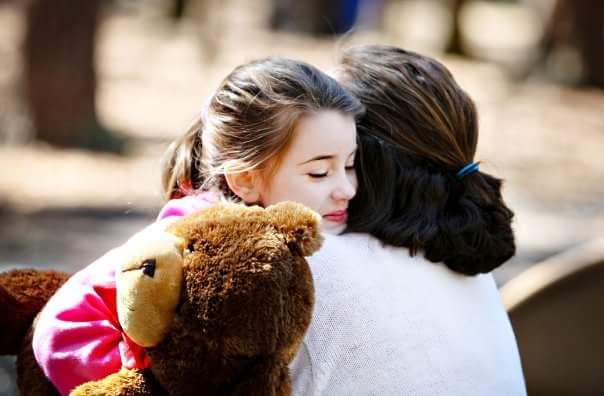 God blessed us with our miracle daughter, Jaden Grace, being born just 12 months after vasectomy reversal surgery—and nine years after our other children were born to us. She was an answer to five years of prayer. We knew nothing of autism before Jaden graced our lives.

The day after her second birthday, I asked a simple question to friends in a small online private group: “Isn’t it strange that Jaden isn’t talking yet?” They didn’t think it was so strange. In fact, they all knew (or had their own) children who didn’t talk until they were two, or three or even four years of age. I said, “But that’s not all. Jaden doesn’t know how to point or wave yet.”

It’s a good thing we were separated by a computer screen at that moment. Nobody responded for what seemed an eternity. Then, one brave friend typed, “Look up PDD.”  I looked it up and it’s an acronym for Pervasive Developmental Disorder. I later learned that it’s a nice way for doctors to say, “Autism. Your child is autistic.”

But for the next hour, the next two hours and long into the night, and many nights after that—every chance I got (even to the detriment of all of my other duties) I learned everything I could about Autism. I saw that Jaden had nine of the ten most common symptoms. I was frantic to find her help but as all parents of special needs children come to find, “there is a long waiting list for that.”

We learned we had to do it ourselves. I left no stone unturned in my pursuit of healing for Jaden. I found a doctor in Ponte Vedre, whose own daughter had been diagnosed several years earlier.  She changed her pediatrics office into a medical office that treated only children with autism using biomedical sources.

We also started meds for yeast and bacteria overgrowth in the intestines, vitamin B injections for low B12 and a no gluten, no dairy diet implementation. 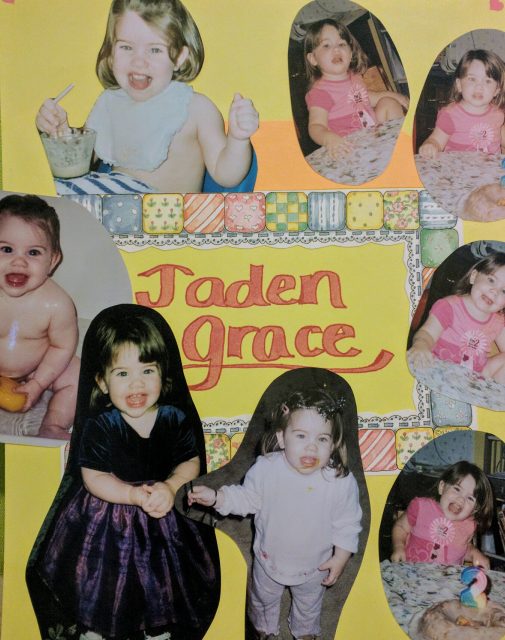 Jaden’s progression from her 2nd birthday photo to just a few months later was remarkable. She had eye contact, and was much happier and healthier! She even looked at the AC repairman and said, “Hi!” I am sure he had no idea why we rejoiced so very loudly!

Jaden is now 13. We educate her at home with the help of her very dedicated therapist, who also teaches her social and life skills outside the home. She is spicy, sassy, and very vocal! She loves people! She is very sensitive spiritually. She is physically strong and fast! She’s a gymnast. You can find her on her tree swing five or six times a day. She goes on long rides with her Daddy on the four-wheeler. She loves playdates and doesn’t understand why kids her age think that may be strange. She is courageous and bold.

People will not love or be able or willing to spend as much time and effort on your child as you do. Even family members will not rise up to the expectation we have when our family is in crisis. We have to expect that bitterness in our hearts will be the result if we don’t deal with this in an immediate and ongoing way. Learn to deal with emotions and expectations. As a believer, I had to take our needs to the Lord and ask Him to make our immediate family strong enough to tend to Jaden on our own and be grateful for the few who are willing to help.

We learned to take care of ourselves physically—it’s non-negotiable. Children with special needs require so much of us daily that if we slack on healthy foods, some sort of daily exercise, and our own supplements, we have no energy to match Jaden’s.

We had to learn to forgive. There was much forgiveness between husband and wife, extended family, insiders and outsiders. One day while working, there was a little boy screeching in the shopping cart behind me. I didn’t have time to look their way and try to encourage his family, but inside I knew: this wasn’t typical. The man in front of me mouthed this word to his wife, “CRAZY.” It reminded me of our own shopping trips years ago, when people would give the most awful looks at our family when they heard the screech. This was a fresh reminder of how far God has brought us since the incident didn’t cause me to be angry. I just remembered before Autism hit us, I didn’t understand either. Learn to forgive with God’s help. You can’t carry unforgiveness for very long without it harming you.

We learned that the whole family suffers from the diagnosis—not just the parents. Our older children were 11, 13, and 17 when Jaden was diagnosed with Autism. In all of our long talks with them, we realized we heard only what they said. They said they were just fine and understood that our time and attention had to be on Jaden and that they would do anything for her. What we should have known was that they were as heartbroken, confused, stressed and lost as we were in dealing with this overwhelming change in our lives. Our older children needed us as much as Jaden did, but we didn’t realize that at the time. If there are other children in your family, you have to find a way to get them the help and support they need to heal as well.

One final note and most important, get close to God. Realize that He came to give life, not to take it. Don’t blame Him for the diagnosis. We may not totally understand, or even get the answers we want from Him regarding our children, but we can trust Him. He is faithful and true. He knows our hearts and He alone can heal that kind of pain. Run to Him daily for the strength you need. Make it your most important appointment of the day. He will be faithful to carry you.