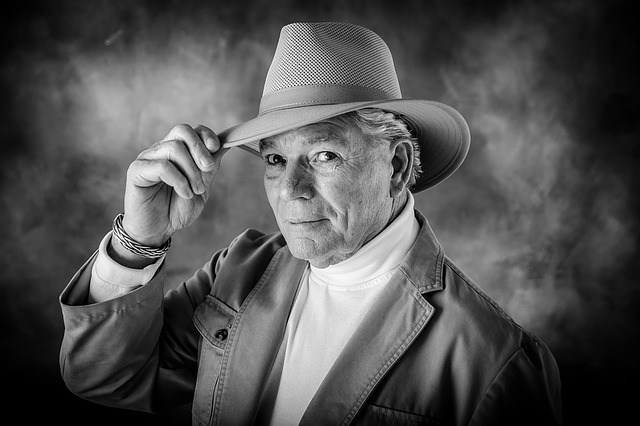 An Unexpected Tribute for Father’s Day

By Petra ValicaJune 17, 2016Family
No Comments

By the title of this blog post, you may not think that this is a tribute for Father’s day, but it is. I’m actually blessed with having two Dad’s. One I grew up with, who mentored and helped me to become the person I am today. The other one, I didn’t meet until I was in my late twenties. I was adopted and was lucky enough to have the chance to get to know my birth father. Both have impacted my life greatly. (One, may not even realize it.) Both have helped me to grow and to grow up.

I was a late bloomer and in my late twenties I was all over the place in my life. I had really no idea what I wanted or where I was going. All I knew, was that I had to escape the life I was in, because for me, it was a prison of boredom and structure. University and suburbia didn’t give my spirit what it longed for. Finally, one fine day I packed it all up and headed to Europe for adventure. I ended up staying there for fifteen years. I certainly found a lot of adventure along the way, not all of it good. I’m one stubborn cookie and even the Universe had a hard time waking me up, out of some very personal dark periods and spaces. I found myself recklessly adventurous in all ways; financially, emotionally and spiritually. Without going into too many details, I ended up unemployed, broke and literally, almost homeless. I’m a dreamer and sometimes my dreams just disappeared into thin air.

However, I don’t want to write about how I got there. I want to share what I learned from being in that place. It’s a scary thing to realize just how quickly we can go from “riches to rags” just by the results of some ill informed or unwise decisions we make and having the unexpected happen. Losing my job of five years was devastating. Not finding work for a year, was also devastating. Having it happen twice, truly tested my faith and resolve. It tested who I am, how I acted and who I would become. It placed me in a position of having to utterly humble myself and accept that in some way or another, I had failed. I blamed everyone else around me and eventually blamed myself. The worst of it, was that I didn’t want to ask for help. I preferred to be at the bottom of my wine bottle, soaking in my feel sorry for myself tears, than admit defeat. My pride wanted to show the world that I had succeeded in my travels, not failed! After losing everything, I finally had to let my ego go and ask for help. I was forced into no other choice when everything I had tried also failed. It was one of the hardest moments of my life.

We all fail in one way or another, and we all learn from our mistakes. And sometimes the harder we fall, the higher we end up climbing.  In the end, it was the help from my family and especially from both of my father’s whom ended up showing me the greatest life lessons.

So here is what I learned when I was at the bottom of my personal totem pole.

I learned that life is never what we expect.

I learned that saving for a raining day, isn’t just a good saying. It’s vital – because you just never know.

I learned not to trust everyone I meet. At the same time, I learned that with having almost nothing – just who I could trust.

I learned who my real friends were and that I was not as alone as I thought I was.

I learned that there was no one to blame but myself. I was where I was, because of the choices I had made.

I learned that in the end, it would only be me who could “save me.”

I learned never to take anything for granted.

I learned to have faith in God and that sometimes it’s OK to ask for help.

MOST OF ALL, I LEARNED FROM MY FAILURES – HOW TO SUCCEED.

WELL I’M GETTING THERE. I’M STILL ON MY PERSONAL WAY UP.

Happy Father’s Day, you know who you are, and a special thank you for teaching me the hardest lessons of all and for extending a hand when I needed it most…

Petra Valica  is a writer, spiritual seeker and awareness coach. After rigorous study with a martial art Master, she was taught the principles of the Way through meditation and eventually came to a point of stillness and peace. Petra’s goal is to help others in their quest for awakening and self empowerment. Connect with Petra on her website